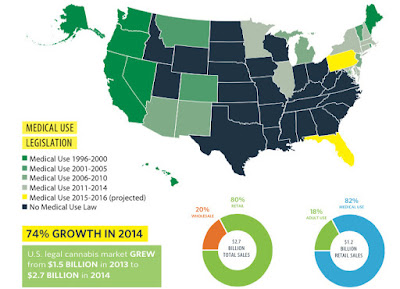 The Marijuana Policy Project is looking to California as one of the most likely states to legalize recreational marijuana use in 2016. While a legalization proposal was put forward in 2010 that initially polled well, it ultimately fell short of the necessary 60 percent of the vote needed to pass. Thus, the Marijuana Policy Project has created a fundraising committee to spearhead the campaign for marijuana legalization in California in 2016.
The committee plans to urge voters to pass a tax and regulate initiative similar to the one that was passed in Colorado in 2012. Such a bill would manage recreational use of marijuana similarly to the way the state currently regulates the use of alcohol. In awritten statement, Marijuana Policy Project Executive Rob Kampia described his hopes for California and how it fits into nationwide legalization:

“A diverse coalition of activists, organizations, businesses and community leaders will be joining together in coming months to draft the most effective and viable proposal possible. Public opinion has been evolving nationwide when it comes to marijuana policy, and Californians have always been ahead of the curve.” – Rob Kampia, Marijuana Policy Project

Placing their hopes on the progressive nature of California might pay off; California legalized medical marijuana in 1996 and was the first state to officially do so. Utilizing public interest that often materializes in presidential election years may help generate popular support for the bill that was missing during the 2010 election.

Nevada has long been a state that is more receptive to marijuana use, having decriminalized the possession of it, and approved the use of medical marijuana in 2000. Nevada even went as far as revising its policies on medical marijuana use in 2013 to better meet the intentions of the original law.
The Coalition to Regulate Marijuana in Nevada is an organization that has gained momentum in recent years. Its mission statement refers to marijuana prohibition as a failure and describes a scenario in which the controlled revenue stream of regulated marijuana could benefit voters. It appears likely that the coalition’s initiative will appear on the 2016 ballot at the moment.

Similar to Nevada, Massachusetts has a legislative history of supporting marijuana use, having decriminalized possession and allowing for medical marijuana use. The will of Massachusetts voters is even clearer after the 2014 midterms, in which voters approved ballot questions that showed support for legalization and regulation.
While the ballot measures are non-binding and will most likely not result in legislative action in 2015, it provided the Marijuana Policy Project enough support to launch a campaign committee to fund a ballot initiative. Any approved ballot measure appears likely to pass, as demonstrated further by a Boston Herald poll, in which53 percent of likely voters say they favor marijuana legalization.

Maine presents an even more convincing case for the overall legalization of recreational marijuana use. Maine has allowed for decriminalization of possession and legalized medical marijuana use. Additionally, voters in South Portland voted to make marijuana use legal for all adults in 2014. Legislative support for marijuana legalization in Maine seems more likely than in other states, though advocacy groups are willing to pursue ballot initiatives in place of what is commonly referred to as “sensible marijuana policy reform.”

Perhaps the least likely of the five states mentioned here, there will be a large push for recreational legalization in Arizona during the 2016 election. Safer Arizona is a political action committee that will be taking up broad support for marijuana reform during the election, aiming for full legalization for adult use and regulation similar to alcohol.
Safer Arizona and other organizations have previously focused on reforming what many would consider to be Arizona’s antiquated drug laws. Arizona has some of the harshest drug laws in the country, and while medical use of marijuana is legal, the criminal penalty for possession of marijuana can be a felony.
The Arizona Capitol Times ran a poll in February showing general support for legalization, with 51 percent of respondents saying they support it. Despite this razor thin margin, voters can expect to see a voter initiative on the ballot in 2016.
Given the rising number of states in which recreational marijuana use is fully supported by voters, the only question that remains is how long until the federal government updates its drug policy to reflect the wishes of the states. 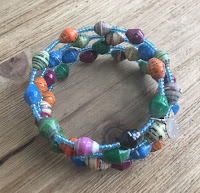 Check it out on Etsy

DOMAIN IS FOR SALE! CLICK FOR INFO!  Welcome to RetailFolder.com - Finest 5 Star business directory. Your number one source for smart...